Designing in Color submitted a proposal to the 2017/2018 Los Angeles County Arts Commission YES to ADU Competition and were named Finalists for their proposal titled RE: Starter Home.

The RE:Starter HOME appropriates the post-WWII “starter home” movement to alleviate the current housing and homeless crisis in Los Angeles through architecture that supports emotional and physical health in order to encourage the reintegration of previously homeless peoples back into the community.

The “starter home” movement originated in post-World War II America, responding to returning veterans and a sharp rise in young families looking for affordable homes as an avenue to realizing the American Dream. Around four million housing units, both single and multi-family, were built in Southern California in the four decades following the end of the War. At an annual rate, this breaks down to roughly 100,000 units a year. The California Accessory Dwelling Unit Ordinance has facilitated the approval of secondary dwelling units and has, coincidently, made available the under utilized backyard space of this aging housing stock. The RE:Starter HOME is efficient and adaptable, comprised of a standard SERVICE/PRIVATE core combined with a flexible COMMON space. The design centers around the idea of creating a practical and harmonious relationship between the public and private spaces of the home through a central structure that emphasizes a balance between the two. The SERVICE/PRIVATE core is consistent in all RE:Starter Homes; it contains the kitchen, bathroom, bedrooms, and all utilities. The COMMON space is then designed around the core and is customizable to the needs of the inhabitant; as well as adaptable to varying site conditions. This model allows the RE:Starter HOME to be financially viable, while still prioritizing the living experience of the tenant and anchoring the dwelling to its site – successfully integrating it into the fabric of any diverse Los Angeles neighborhood.

The proposed Re:Starter HOME is designed for homeowners Monica & Trevor in Alhambra – they own a 1940’s style Rustic Ranch “starter home” . The proposed Re:Starter home uses the characteristic Mansard roof to relate to their existing dwelling. Monica & Trevor have leased the two bedrooms to Travis & Caroline. Travis is a handicapped Iraqi war veteran and Caroline has just moved in following a successful 6 months in transitional housing. 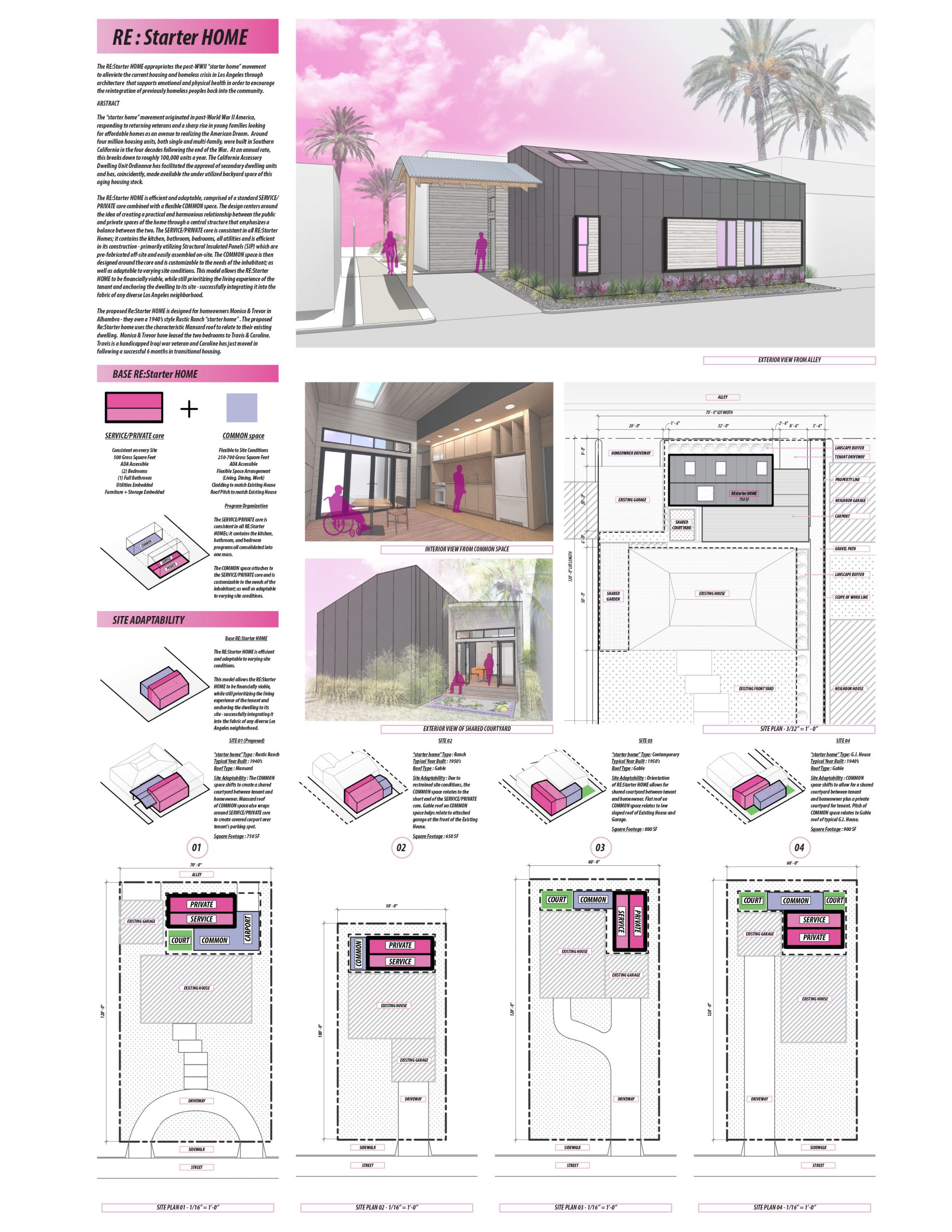 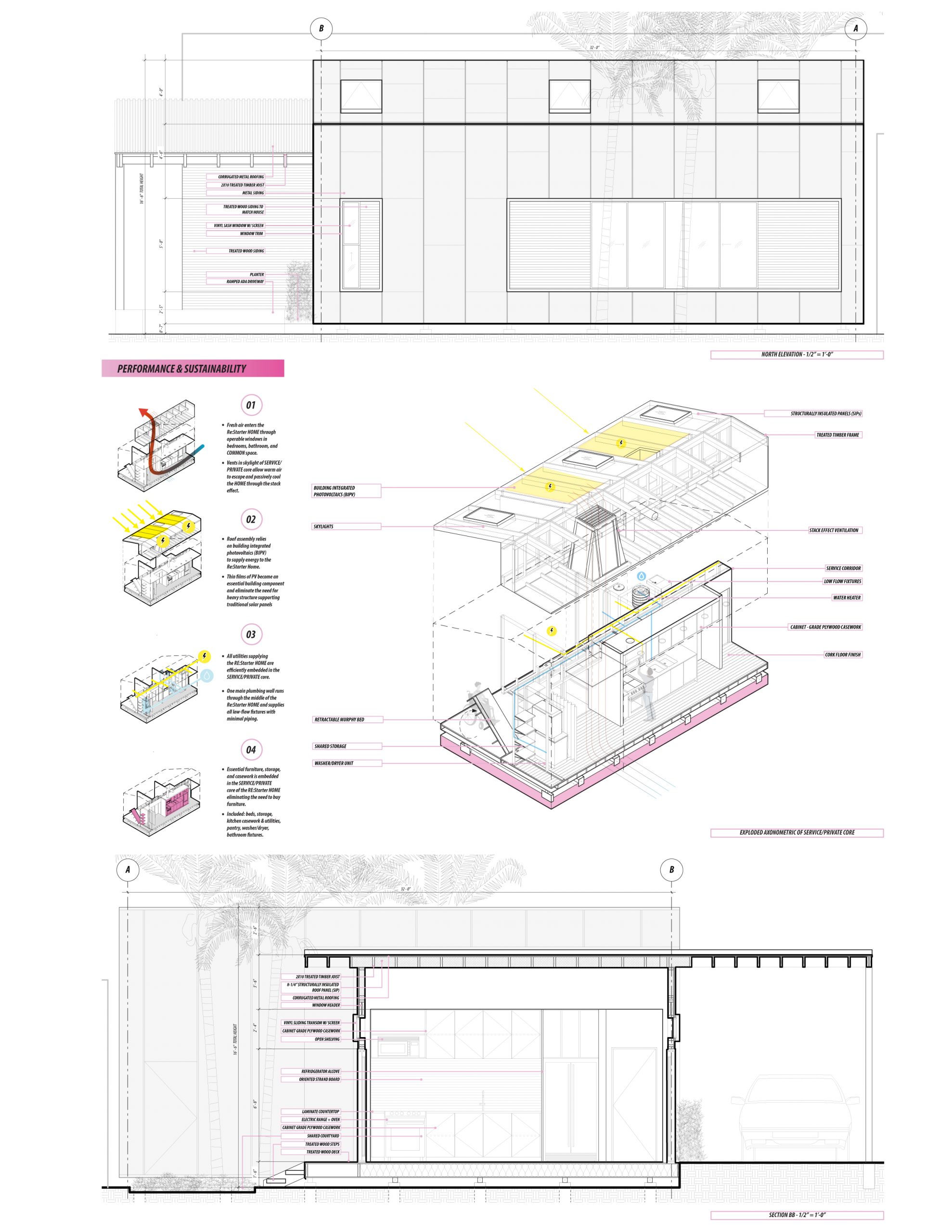